Mr. Kinsella is a native of County Wexford, Ireland, who began his career as an actor at the famous Abbey Theatre in Dublin, and continued in Ireland as a director of plays such as “Dedalus Lounge”, “Decadence”, and “Angels in America”, as well as musicals such as “Victor/Victoria”, “Best Little Whorehouse in Texas”, and “Singing in the Rain”. 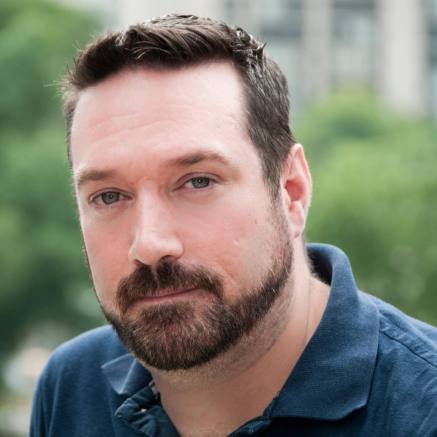 An accomplished director of the classical theatre, Mr. Kinsella has staged plays such as “Edward II”, “Henry IV”, “Major Barbara”, and “A Streetcar Named Desire.” In 2010, he made his Off‐Broadway debut, directing Stephen Berkoff’s “Lunch”. Above all, Mr. Kinsella has made himself a master of the works of Noel Coward, having directed Coward’s “Still Life”, “While We Were Dancing”, and “Ways and Means”, at the Civic Theatre in Dublin as well as the Coward musical reviews “Marvelous Party”, and “Noel and Cole”.

Mr. Kinsella settled in Canada in 2013 and over the past three years has directed more than 20 Canadian productions in Toronto including “The Woman in Black”, “Jesus Christ Superstar”, “Hair”, and “Anything Goes”.

In the hands of an experienced and able director – and one with such an extensive background in Coward’s works – the Watermark Theatre production of Blithe Spirit promises to deliver all the wit, dazzle and spark which marks the comedy of one of modern theatre’s great playwrights.