Watermark Theatre is pleased to announce our 2016 Classic Music Reignited Programming for the summer season. This year we have an all Canadian lineup of classic composers that our Island artists will be interpreting in their own special way. 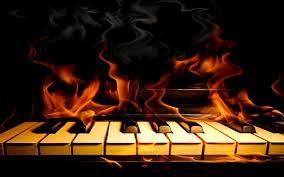 The Beck Sisters- It’s hard to beat the harmonic intuition of sisters. Amy & Rachel Beck began singing together around the family piano in Montague, PEI. They now share their pop-tinged folk with eager audiences in Canada and beyond. “Their music is stripped down to just the vocals and guitar, but when you sound like this, that’s all you need.” (CBC Music)

Amanda Jackson Band- What do you get when you combine one of the most powerfully mesmerizing voices on the East Coast blues scene with a creative force of musical accompaniment by Dale McKie on guitar/harmonica and Todd MacLean on piano/guitar/saxophone? You get a captivating blend of original adult alternative/folk/blues music that goes straight to your soul, makes your spirit soar, and makes you feel connected to where you need to be.

Mike Mooney- Mike Mooney has been a mainstay of PEI’s music scene for decades as part of bands including Touch and Gone, the Dogs and Birdhouse. He’s recorded vocals for many Island artists with an uncanny knack for finding that perfect harmony.

Chas Guay- As an established first-call bassist, Chas has performed with Mick Taylor of Rolling Stones fame, Doug Riley, Gene MacLellan, Dr. Hook, Nathan Wiley, Lennie Gallant, Mae Moore, Don Ross/Brooke Miller and countless others. Chas has 2 albums to his credits and has won both ECMA and Music PEI awards including Male Vocalist of the year and Musician of the Year.

Tian Wigmore- Tian has been a much sought-after musician serving as touring and recording session guitarist and vocalist for many of Canada’s best artists including Big Sugar, The Trews, Tim Chaisson, In Flight Safety, and Andy Brown. His unique vocal stylings are powerful and recognizable in an instant. After 11 years, he needed a platform of his own, and “War Horses” was born. Tian has released one album under the name War Horses and received the 2016 Music PEI award for Best New Artist.