After a four year hiatus to spend time touring, releasing records, winning awards, making movies, writing books, and undertaking a host of new projects, The Mittentime Revue crew is reuniting to bring P.E.I. the kind of artistic Christmas pageantry that only it can present.

Performing for one night only on December 3 at 7:30 p.m. in the Homburg Theatre, the Revue features a who’s who of the East Coast Music scene. Jenn Grant, Rose Cousins, Catherine MacLellan, Tanya Davis, Dan Ledwell, Patrick Ledwell, and Kinley Dowling join forces for a rousing festivity of words and music, laughs and antics, dashing theatrics, and holiday cheer.

Born out of friendship and a shared love of performing, The Mittentime Revue kicked off in 2007 to a sold-out crowd and instant critical and audience acclaim. A five year run solidified its reputation as a season highlight before the team took a break to follow other creative pursuits. Well, pursuit will bring them together for Christmas, eager to dust off the decorations and present the newest version of their hit show.

Said Ann Thurlow in her Guardian review for the last edition of the production, “The Mittentime Revue is exactly like the very best Christmas at home. Except it’s on a stage and there are no dishes. I love this show and I wouldn’t miss it.” Her review continues, “…wrapping a blanket around us that could warm the chill of a thousand winter months.”

Join these celebrated Islanders or a gleeful reunion in P.E.I.’s premiere performance hall. Expect creative renditions of your favourite carols, original poems and stories written just for this occasion, and, of course, the best holiday medley yet. Come ready for serenades and escapades, for the humour this dynamic group so easily expresses – charming, candid, infectious.

The Mittentime Revue is presented as part of Sobeys LIVE @ the Centre. This one-night only performance is sponsored by Hansen Electric. Tickets for this and other seasonal concerts are available at the box office at (902) 566-1267, toll free at 1-800-565-0278, or online at confederationcentre.com. Appreciation is extended media sponsors The Guardian, Hot 105.5, and Ocean 100. 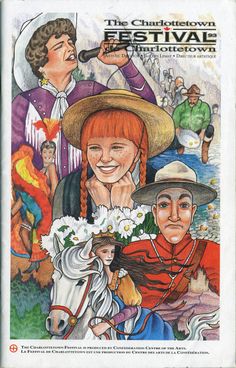 Let the students of the Atlantic Academy of Performing Arts entertain you as they sing, dance and celebrate the Christmas season in the Land of Oz! 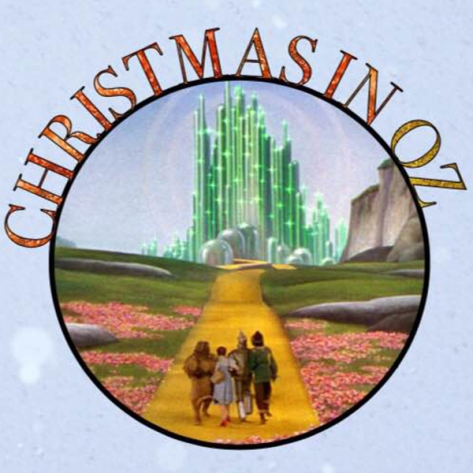 A snow blizzard carries Dorothy and Toto to the Magical Elfinsland where Glinda is the Good Witch of the North Pole. Dorothy must get home to open her Christmas presents in the morning, so she sets off to meet the Wizard who lives in the Great Palace of Toys.

Who will help Dorothy get back to Kansas in time for Christmas?

Christmas in Oz is at the Harbourfront Theatre on Saturday, December 3, at 4 PM.

Confederation Centre has announced that three plum roles are up for grabs at The 2017 Charlottetown Festival.

Incoming director of Anne of Green Gables—The Musical™ Adam Brazier is auditioning for the title role of Anne Shirley and her Avonlea guardians, Matthew and Marilla Cuthbert. For the past two summers, the parts have been held respectively by Islanders Jessica Gallant and Hank Stinson, and Festival veteran, Charlotte Moore.

Gallant says it’s been a thrill to represent the Island as ‘Anne with an e,’ “Playing Anne has literally been a dream come true, she remarks. “My childhood revolved around the idea of joining the exclusive club of red heads I’m ready to pass the braids on to the next young dreamer, and to take everything I’ve learned from my experiences at the Festival into the next phase of my career.”

“My journey as a performer has been nurtured at Confederation Centre for the past 13 years,” she continues. “The Centre has taught me how to be an artist; it is a true Island treasure that should never be taken for granted.”

Adam Brazier, the Centre’s artistic director, has completed casting for the musical’s other lead roles and the Anne™ ensemble, some of whom will perform in Million Dollar Quartet. The full company and the 18th actress to don the red braids at the Festival will be revealed in winter 2017.

“On behalf of everyone at Confederation Centre, I want to thank Jessica for her dedication to this iconic role and production,” offers Brazier. “Jess has a deep love for Anne of Green Gables—The Musical™ and a long-standing relationship with our Festival and community, and those passions shine brightly in her performances.”

He adds, “I am thrilled that Jessica is home right now preparing to star as Maid Marian in our ridiculous Christmas show Robyn Hood. I look forward to seeing more of her many talents on our stages in the years to come.” 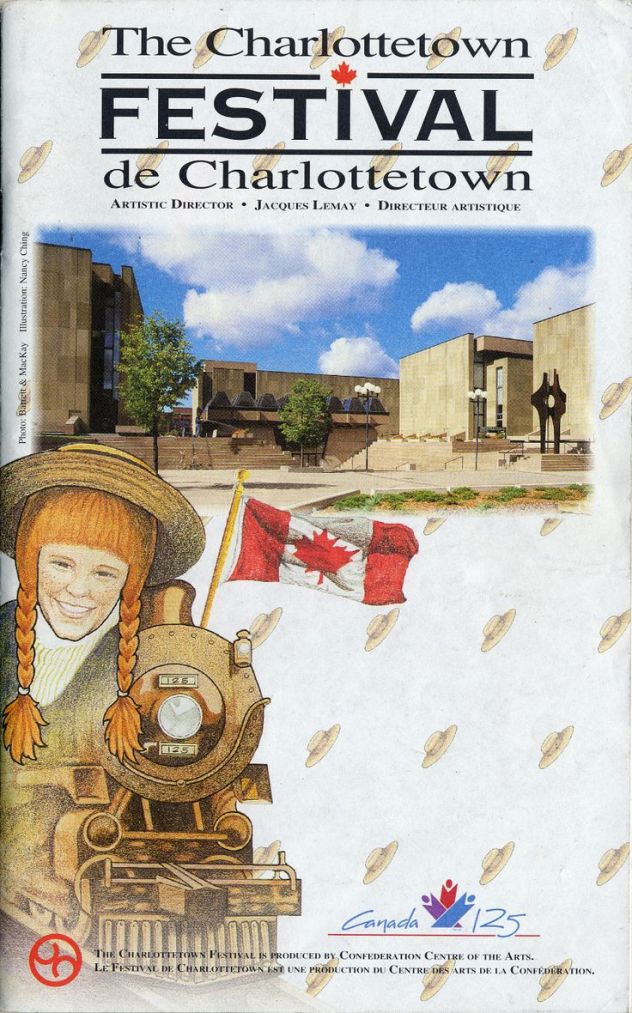 Christmas in Victoria with The Eastern Belles on Sunday, December 11 @ 3pm. Don’t miss out! Only a few seats left. Join us for an afternoon of wonderful song and good cheer guaranteed to put you in the Christmas spirit.

This concert is a major fundraiser for the Playhouse and the proceeds will go toward the costs of producing the Victoria Playhouse Festival 2017. 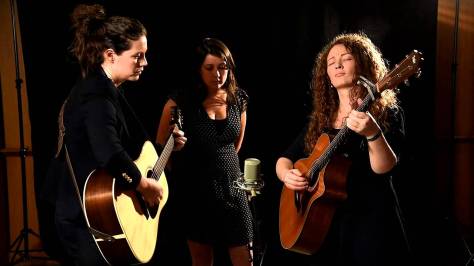 The Flex Pass is valid for four admissions to any performance of the plays and concerts in the 2017 season. Purchase your Pass now and choose your dates when the season is announced. Take three friends to one show or see four different shows yourself.

You save 20% off the regular Adult ticket price!

Sobeys LIVE @ the Centre presents an afternoon celebrating of one of the most enduring pieces of music in the Western choral tradition. On Sunday, November 27 at 2:30 p.m., the Confederation Singers, orchestra, and four guest soloists perform Handel’s Messiah, the Baroque-era oratorio that celebrates the life, death, and resurrection of Jesus Christ.

Written in 1741, Messiah is the most famous creation of German composer George Frederic Handel, and its performance still awes listeners more than 250 years after the composer’s death. Ludwig van Beethoven himself, citing Messiah, said that Handel was the “greatest composer that ever lived.”

Scales and Campbell, both of Charlottetown, have previously performed Messiah with the Centre’s Choral Programme, while this marks the debut guest performance for fellow Islander, Clements of West Cape. Also making his first performance with the Centre is Montreal’s Comtois, an operatic tenor currently studying at the Université de Montréal with renowned baritone John Fanning.

The Confederation Singers include 75 members this year from across the community. The Singers present an interesting and varied program of music throughout the year, performing seasonal concerts on local stages and at a variety of events. Other concerts include Choral Music on a Holy Day and the popular holiday tradition Sing Along Messiah, where the audience is invited to participate.

Special thanks are extended to Maritime Electric, sponsors for the Centre’s Choral Music Programme, and Sobeys, the title sponsor for LIVE @ the Centre! Media sponsors are The Guardian, Ocean 100, and Hot 105.5.

The season will include Neil Simon’s classic American comedy Barefoot in the Park, and the scathing Mrs. Warren’s Profession by Irish playwright George Bernard Shaw. The Watermark Play Reading Series returns and will once again be presented throughout the month of August, and our popular music series Classic Music Reignited, with an all Canadian lineup, rounds out the programming for the summer.

The romantic comedy Barefoot in the Park ran for 1,530 performances when it first opened on Broadway in 1963 making it Neil Simon’s longest running hit and one of the longest running non-musicals in Broadway history. A free-spirited bride and her buttoned-down groom settle down to some rocky happily-ever-aftering in a New York City walk-up, occasionally invaded by the bride’s wacky mother and the quirky bohemian who lives in the attic. Made into a movie starring Robert Redford and Jane Fonda, Barefoot in the Park is clever and hilarious, filled with snappy dialogue and witty one-liners. “A bubbling rib-tickling comedy” – The New York Times

George Bernard Shaw’s scathing commentary on social hypocrisy and the excesses of capitalism, Mrs. Warren’s Profession, was banned from being performed in England when it was originally written in 1893 because of its frank discussion of prostitution. Mrs. Kitty Warren worked her way out of the London slums and now lives abroad, having provided her daughter Vivie with the education and means to grow into a smart, independent young woman of strong convictions. When Mrs. Warren returns, mother and daughter discover that neither is the woman they thought they knew. A brilliant, provocative play by a master playwright.

To commemorate Canada’s sesquicentennial the 2017 Watermark Play Reading Series will consist of all Canadian plays. Join us for a series of play readings that celebrate the best of the Canadian experience as our acting company members lift the words off the page of these classic Canadian plays.

Classic Music Reignited, our popular music series curated by Rob Oakie will also have an all Canadian lineup this year. Island musical artists interpret Canadian classic composers in a way that you have never heard before.

Also, a number of festive plans to celebrate our 10th Anniversary will be announced in the next few months.