Confederation Centre of the Arts is proud to present a Remembrance Day concert of choral music and readings in honour of the nation’s war veterans. In Remembrance takes place Friday, November 11, at 7:30 p.m. at Trinity United Church in Charlottetown. 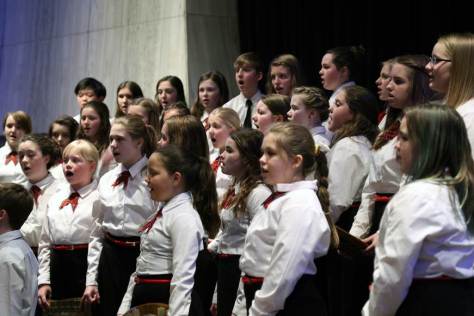 “In Remembrance offers an evening of thought-provoking poetry complemented by appropriate selections of choral music — one reflects and heightens the other,” says Don Fraser, director of choral music at Confederation Centre. “Much of the poetry is from the First World War, and included in the music is a Canadian choral setting of the famous In Flanders Fields poem.”

The concert will also feature the selection I’m Dreaming of Home, which members of the Youth Chorus performed at the dedication ceremony for the newly restored Canadian National Vimy Memorial in France on April 9, 2007, the 90th anniversary of the Battle of Vimy Ridge.

Other pieces of music include Elgar’s As Torrents in Summer, the In Remembrance of Canadian composer Eleanor Daley, Calling My Children Home, arranged by Joseph Jennings, the beautiful Pie Jesu by Fauré and a new composition by Charlottetown’s own Terry Pratt, Crossing the Bar, based on the poem by Alfred Lord Tennyson.

Maritime Electric sponsors Confederation Centre’s Choral Music Programme and Sobeys is the title sponsor for Live @ the Centre! Media sponsors are The Guardian, Ocean 100, and Hot 105.5.