The season will include Neil Simon’s classic American comedy Barefoot in the Park, and the scathing Mrs. Warren’s Profession by Irish playwright George Bernard Shaw. The Watermark Play Reading Series returns and will once again be presented throughout the month of August, and our popular music series Classic Music Reignited, with an all Canadian lineup, rounds out the programming for the summer. 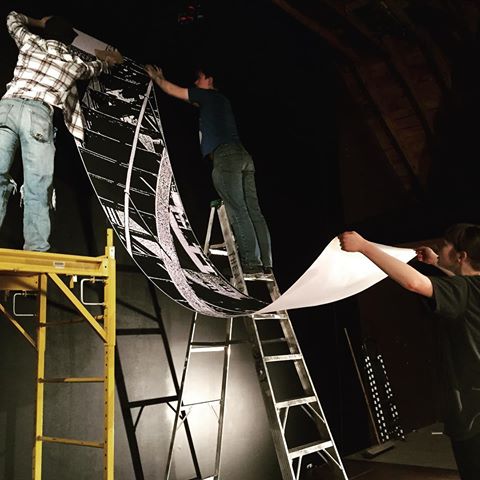 The romantic comedy Barefoot in the Park ran for 1,530 performances when it first opened on Broadway in 1963 making it Neil Simon’s longest running hit and one of the longest running non-musicals in Broadway history. A free-spirited bride and her buttoned-down groom settle down to some rocky happily-ever-aftering in a New York City walk-up, occasionally invaded by the bride’s wacky mother and the quirky bohemian who lives in the attic. Made into a movie starring Robert Redford and Jane Fonda, Barefoot in the Park is clever and hilarious, filled with snappy dialogue and witty one-liners. “A bubbling rib-tickling comedy” – The New York Times

George Bernard Shaw’s scathing commentary on social hypocrisy and the excesses of capitalism, Mrs. Warren’s Profession, was banned from being performed in England when it was originally written in 1893 because of its frank discussion of prostitution. Mrs. Kitty Warren worked her way out of the London slums and now lives abroad, having provided her daughter Vivie with the education and means to grow into a smart, independent young woman of strong convictions. When Mrs. Warren returns, mother and daughter discover that neither is the woman they thought they knew. A brilliant, provocative play by a master playwright.

To commemorate Canada’s sesquicentennial the 2017 Watermark Play Reading Series will consist of all Canadian plays. Join us for a series of play readings that celebrate the best of the Canadian experience as our acting company members lift the words off the page of these classic Canadian plays.

Classic Music Reignited, our popular music series curated by Rob Oakie will also have an all Canadian lineup this year. Island musical artists interpret Canadian classic composers in a way that you have never heard before.

Also, a number of festive plans to celebrate our 10th Anniversary will be announced in the next few months.