The Watermark Theatre is thrilled to announce casting for the upcoming 2017 summer season, the 10th in the company’s history. A few familiar faces and a couple of actors new to the Island will perform in the company’s productions of Barefoot in the Park by Neil Simon and Mrs. Warren’s Profession by George Bernard Shaw as well as taking part in the 2017 Play Reading Series. Joining previously announced actress Leah Pritchard, who tackles both lead roles this summer, will be Gracie Finley, Jordan Campbell, Ian Deakin, Jerry Getty, and PEI’s own Paul Whelan. 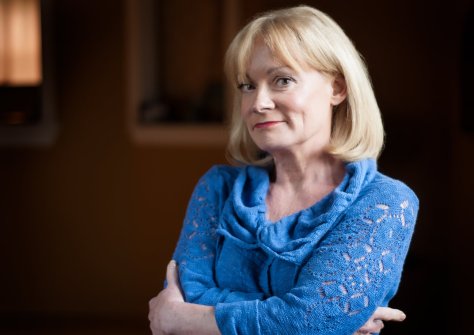 Returning for her 5th season, Gracie Finley will play the oddly hilarious Ethel Banks is Barefoot in the Park and the commanding Kitty Warren in Mrs. Warren’s Profession. Raised in Charlottetown with summers spent in Alberton, Gracie is well known to PEI audiences having played Anne Shirley in Anne of Green Gables: The Musical at the Charlottetown Festival from 1968 to 1974 and again in 1984 and 1985. For the Watermark, Gracie has performed in Blithe Spirit, The Glass Menagerie, The Shore Field, Alice in Wonderland, The Lion in Winter, Romeo and Juliet, and An Ideal Husband.

A veteran of Canadian Theatre, Ian Deakin has worked from coast to coast and spent 13 seasons at the Stratford Festival. Ian takes on the roles of the oddball Victor Velasco in Barefoot in the Park, and the nasty Sir George Crofts in Mrs. Warren’s Profession. In addition to his many years at Stratford, Ian appeared on Broadway with Christopher Plummer in King Lear at the Lincoln Centre, and Off Broadway at City Centre in Much Ado About Nothing and The Miser. Most recent credits include work at Theatre Calgary, Theatre By The Bay, Drayton Festival Theatre, Globe Theatre, and the Rose Theatre. PEI audiences may recognize Ian as Inspector Closely from a 2010 production of The Last Resort at the Charlottetown Festival.

Audiences will remember Jordan Campbell from our 2015 season when he played Benvolio in Duncan McIntosh’s stellar production of Romeo & Juliet. This summer Jordan tackles the role of the uptight Paul Bratter in Barefoot in the Park and the lovable cad Frank Gardner in Mrs. Warren’s Profession. Jordan is a Graduate of the Ryerson University Acting Program and since graduating in 2013 has had the great fortune of performing with Magnus Theatre in Thunder Bay, Globus Theatre in Bobcaygeon and Alehouse Theatre in Toronto.

Actor Jerry Getty has appeared in theatres across the country, including The Grand Theatre, The Stratford Festival, Persephone Theatre, and Magnus Theatre, amongst others. Some of his favourite roles are the title characters in Hamlet, Ethan Claymore, Wally’s Cafe and the one-man show, MacHomer. This summer Jerry plays the very funny Telephone Man in Barefoot in the Park and the sensitive artist Mr. Praed in Mrs. Warren’s Profession.

Paul Whelan has a long history and distinguished career in theatre on the Island having worked with Theatre PEI, Kings Playhouse, The Guild, ACT, and the Confederation Centre. Paul is a producer, production stage manager, director and actor. He directed ACT’s 25th anniversary production of Our Town and this past year a very successful production of The Laramie Project. As an actor, some favourite credits are: Lend Me A Tenor, Noel Coward in Two Keys, The Tempest, and of course Matthew, in Anne of Green Gables-The Musical. Paul will play the stern Reverend Samuel Gardner in Mrs. Warren’s Profession and will make a cameo appearance in Barefoot in the Park.

Entering her fourth season with the company, Leah Pritchard will play both lead roles this summer – the perky Corie Bratter in Barefoot in the Park and the complicated Vivie Warren in Mrs. Warren’s Profession. Last summer, Leah brought an incredible vulnerability and sense of wonder to her portrayal of Laura in The Glass Menagerie, and great comic timing to the dual roles of Edith and Mrs. Bradman in Blithe Spirit. Her other previous credits at Watermark were in The Rainmaker, The Lion in Winter, Romeo and Juliet, and An Ideal Husband.

Watermark is thrilled to have all of these fine actors in the company this summer and look forward to another busy season at the theatre in North Rustico.

For more information or to set up a phone interview with any of our actors please contact Andrea Surich at 902-963-3963 or generalmanager@watermarktheatre.com.
Watermark is a proud member of the PTN – Professional Theatre Network of PEI