Canada turns 150 in 2017 – why not come to Canada’s birthplace to celebrate? In 1864, delegates to the Charlottetown Conference came up with an interesting concept – why not merge the colonies and form a country? A series of meetings and conferences followed and on July 1, 1867 the Dominion of Canada was declared. 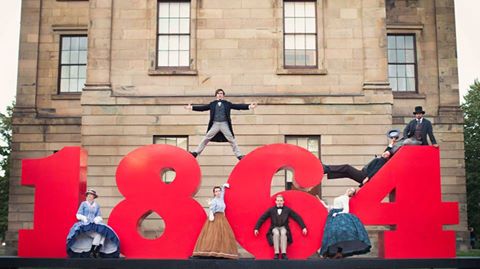 Charlottetown is proud of its role as Canada’s Birthplace and the activities planned for our 150th birthday revolve around the country’s origins, its current standing especially in the arts, and our future as a great nation. Most of the action will take place in and around Confederation Centre of the Arts, located right in the heart of Charlottetown.

Built in 1964 to commemorate the Charlottetown Conference, Confederation Centre has a mission to “inspire Canadians through heritage and the arts to celebrate the origins and evolution of Canada.”