Even the show curtain is new, and it’s set to rise on the 53rd season of an outright Canadian classic. The world-famous Anne of Green Gables—The Musical™ has reached millions of patrons over its five-decade run confederaand is set to premiere, under a new direction and design, with a traditional Canada Day matinee tomorrow, at 1:30 p.m. at Confederation Centre of the Arts.

For the first time, the musical, sponsored by RE/MAX Charlottetown, is being directed by Artistic Director Adam Brazier, leading a company of 26 remarkable performers from across the nation. Brazier is thrilled to put his stamp on the classic, alongside the creative contributions of Set and Costume Designer Cory Sincennes, Festival Music Director and Conductor Bob Foster, Choreographer Robin Calvert, Sound Designer Peter McBoyle, and Lighting Designer Michael Walton.

“This storied musical rests at the very heart of our national identity,” remarks Brazier. “Searching for love and belonging in a time of strife, Anne represents all Canadians that have immigrated to this country searching for family, community, acceptance, and love.”

“We have all felt like an outsider at some point in our lives, that we don’t belong because we look or sound different than everyone else; we can all connect with Anne’s struggle,” he continues. “Every time we welcome new Canadians to our communities, we embrace the lessons taught by Lucy Maud Montgomery through her iconic, red-haired heroine.”

This year’s production stars AJ Bridel as Anne, George Masswohl and Susan Henley as Matthew and Marilla Cuthbert, P.E.I.’s own Aaron Hastelow and Marlane O’Brien as Gilbert and Mrs. Rachel Lynde, Katie Kerr as Diana, and Josée Boudreau as Miss Stacey. The new production includes new sets and costumes – including a new Green Gables house – the addition of the harp to the orchestra ensemble, new sound and lighting design, and even new wigs.

Anne of Green Gables—The Musical™ begins it Guinness Record Setting 53rd consecutive season July 1, playing the Homburg Theatre until September 23. Special thanks are extended to the Government of Canada for their support of Confederation Centre; and The Charlottetown Festival title sponsor, CIBC. Appreciation is extended to media sponsors Ocean 100, Hot 105.5, CTV, and The Guardian. 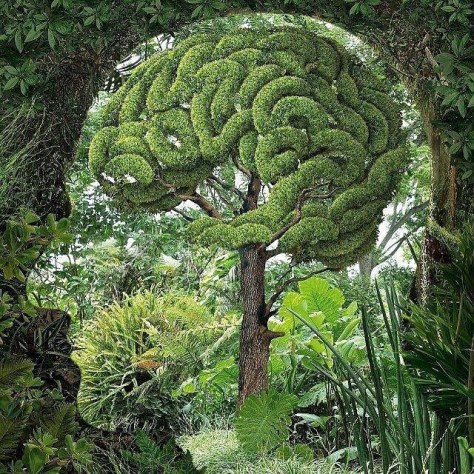 The Guild Gallery is happy to host Sunae Park’s exhibit, “Minds of Nature”. This exhibit explores the beauty of nature through a new technique of watercolour painting. Everyone is invited to attend the opening reception on Wednesday July 5th beginning at 7:00pm.

On Wednesday, July 5 at 4:30 p.m., Meet Me at Green Gables and Rideau rouge et pignons verts, published by Bouton d’or Acadie, will be launched in Studio 1 at Confederation Centre of the Arts. Written by Michel Bourque and illustrated by Jean-Luc Trudel, the two children’s books – one publication in English and one in French – tell the story of Gracie Finley and Glenda Landry, who played Anne and Diana in Anne of Green Gables—The Musical TM. 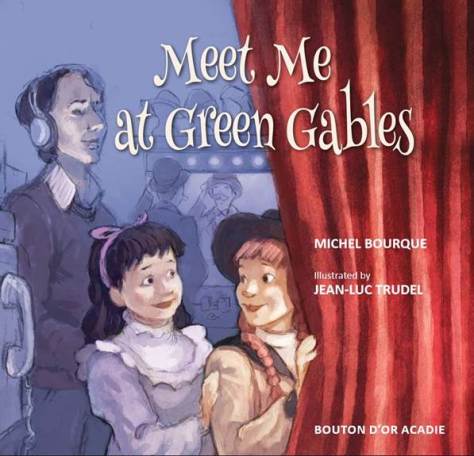 “It’s great that the books are being launched where the story actually took place – at Confederation Centre of the Arts,” reflects Prince Edward Island author Michel Bourque. “This is where Gracie and Glenda’s dreams of performing on stage all came true. And what a great way to celebrate Canada 150!”

Gracie Finley played the part of Anne from 1968 to 1974 and in 1984 and 1985. She remains the youngest to be cast in the title role of The Charlottetown Festival musical and was the first native Islander to do so. Glenda Landry played Diana between 1970 and 1991 and also played many other Avonlea characters in the long-running musical, including Mrs. Rachel Lynde and Mrs. Pye. Gracie and Glenda have played the parts of Anne and Diana more times than anyone else and have delighted fans around the world, from Japan to New York City, and at home on P.E.I.

In 1984, Michel Bourque had the chance to see Gracie and Glenda play the roles of Anne and Diana at The Charlottetown Festival. Thirty years later, he attended an event at the Centre where the two actors shared their memories of the Guinness Record-holding musical. Inspired by their beautiful friendship on stage and off, Michel started writing a children’s story as a tribute to both of them. “I love Jean-Luc’s illustrations!” enthuses Michel. “They beautifully capture the essence of Gracie and Glenda’s heartwarming story,” he adds.

This is not the first time that Quebec illustrator Jean-Luc Trudel has created illustrations to tell the story of a well-known Island artist. In fact, he illustrated the book Le pit à papa, inspired by the childhood story of singer-songwriter Angèle Arsenault. The picture book Ma petite boule d’amour, which he created with author, playwright and actress Jasmine Dubé, was shortlisted for the TD Canadian Children’s Literature Award. More recently, he illustrated Diane Carmel Léger’s My Two Grandmothers.

All are welcome to attend the book launch on July 5 in Studio 1, which will include a book signing, refreshments, and remarks from Gracie and Glenda. Those who wish to attend are asked to RSVP by sending an e-mail to etheuerkauf@confederationcentre.com by June 30.

If it weren’t for the rocks in its bed, the stream would have no song. ~ Carl Perkins

Blue Suede Shoes opened things up. The set was a border of light featuring a recording studio full of gold records & vintage instruments. I couldn’t miss this Opening Night & I was not disappointed with this picture perfect Charlottetown Festival musical celebration last Friday!

Million Dollar Quartet had a great storyline centred around Sam Phillips’ (played by Stephen Guy-McGrath) Sun Records, 4 legends from the 50’s and loyalty to the man who got them to the top of the game when Rock n’ Roll was in its infancy. A young up and coming Jerry Lee Lewis (Jefferson McDonald) was a Real Wild Child and was my personal favorite of the Quartet. He was outspoken and matched his over the edge comedy with high adrenaline musical portrayals of his best known songs.

The King of Rockabilly, Carl Perkins (Ed Murphy) had something to prove and played some awesome licks on the guitar, Man in Black Johnny Cash (Greg Gale) walked the line with a heavy heart, & The King Elvis Presley, (who was accompanied by his girl Dyanne (Alicia Toner), was the guest of honor.

Some of my favorite performances included Who Do You Love? By Perkins, That’s All Right by Presley, Fever by Dyanne, I Walk the Line by Cash, & of course, Great Balls of Fire by Lewis.

The players had the moves, the look, and most notably, the musical ability to make me believe I was transported in time to Memphis for an inside look at a session like no other. Great tunes, and a fast paced sentimental journey music fans of any generation can appreciate in a 1 act masterpiece. It is definitely happening at The Confederation Centre in Charlottetown in 2017!

The Four Tellers are back with their new show, Top Hats and Tales. All new stories and even bigger laughs! David Weale, Alan Buchanan, Dennis King and Gary Evans gather around the kitchen table on the Harbourfront Theatre stage for two evenings of off the cuff storytelling, covering four distinct areas of the Island and talking politics, religion, liquor and language.

Throw in a few local impressions and some live tunes and you’re in for a rollicking Saturday night PEI kitchen party!

The Four Tellers are at the Harbourfront Theatre on July 22 air 7:30 PM. 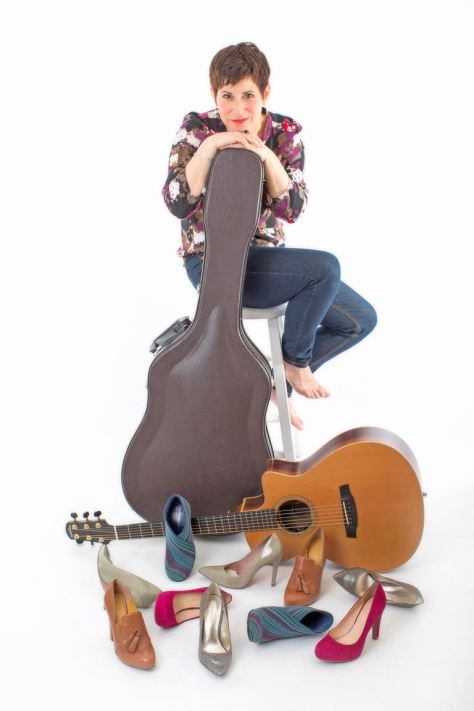 Join us and Charlottetown PEI by Discover Charlottetown on June 25 for opening night of Signatures: A Canadian Spectacle, Under the Stars.

An interactive multimedia show playing 7 days a week this summer on our building!

The award-winning Canadian musical, based on the second and third books of the Anne series, returns to The Guild after a sold-out run at Ottawa’s National Arts Centre. Plays six days per week.

Hailed as a runaway theatrical hit with a solid track record of 120 full house performances, SEARCHING FOR ABEGWEIT: The Island Songs & Stories of Lennie Gallant is a musical love letter to Prince Edward Island that stars the artist himself and presents his folk, roots and rock music, alongside comedic stories, Island legends, and poignant tales in a multimedia format that utilizes film, and hundreds of paintings from well-known PEI visual artist and sibling, Karen Gallant. Sharing the stage with Gallant are nephews Jonathan Gallant on vocals and percussion and Jeremy on piano, fiddler Sean Kemp, and popular Acadian singer and multi-instrumentalist Patricia Richard. 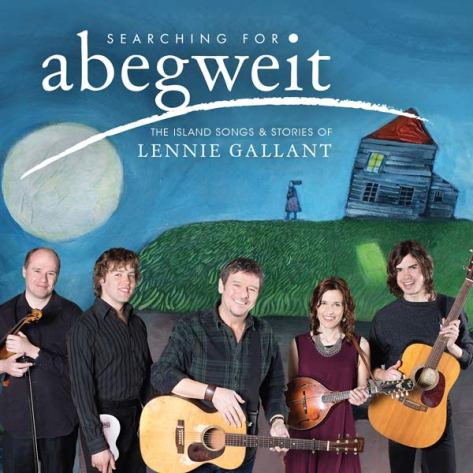 Much of the Island themed music in the show was gathered from the span of Lennie Gallant’s extensive career, along with a number of compositions written specifically for the show. The accompanying album, Searching for Abegweit, contains all of the musical numbers from the live production, and has recently been nominated for a 2017 East Coast Music Award for Folk Recording of the Year.

A native of the Acadian village of Rustico, PEI, Gallant has recorded eleven albums [9 in English and 2 in French] which have won him a host of awards and nominations from the JUNOs, the East Coast Music Awards, and Les Prix Eloizes. He was honoured with a 2015 Canadian Folk Music Award for his recording Live Acoustic at The Carleton, and has most recently been nominated for the 2017 ECMA’s Fans’ Choice Entertainer of the Year.

He was awarded the Order Of Canada for his contribution to Canadian culture, and has shared the stage with symphony orchestras and artists such as Jimmy Buffett, Patti Griffin, Chris Isaak, and Lucinda Williams.

Searching for Abegweit is at the Harbourfront Theatre.