Since taking over as the Executive Chef for Mavor’s in 2016, Chef Miguel Cervantes and his team are on a roll, winning five top culinary accolades: Best of Sea Fan Choice award; The Great Island Grilled Cheese Competition (two years in a row); Winterdine; and most recently Best Appetizer for Veg PEI’s Veg It Up week. 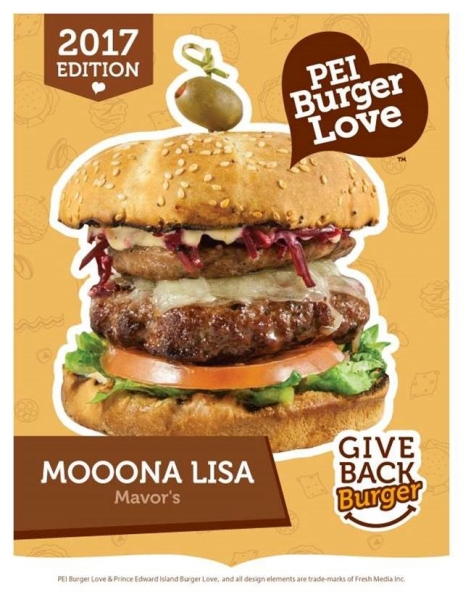 “I have a craft-based perspective when it comes to cooking,” Chef Cervantes reveals. “I don’t like to order things in, so we make a lot of our menu items in house.”

Chef Cervantes and his team have been taking chances with this approach for creating new dishes and it seems to be paying off. Sous Chef, Craig Doucette and Line Cook, Andre Boucher, who won the most recent The Great Island Grilled Cheese competition, thoroughly enjoyed the experience of competing.

“It was a great atmosphere,” describes Doucette. “It was nice to see so many people in one place that were all interested in the same thing.”

profeDoucette conjured up the winning “It’s Always Cheesy” grilled cheese sandwich. It consisted of provolone and mozzarella, roasted basil, and cured heirloom tomatoes on house-made focaccia bread, grilled in a garlic parmesan butter, and served with a Gouda cheese dipping sauce. Which is now official on the Mavor’s menu.

“In my mind a grilled cheese sandwich always goes good with tomato soup, so it was a must to add the tomatoes,” Doucette describes. He goes on to say, “I had an hour to come up with the idea, but I’ve been cooking long enough to know what flavours go together, so in the end I just had to believe in myself and hope it would all work out.”

Boucher, Doucette’s partner in the competition, was amazed at the public feedback that they received, “One guy said that our sandwich gave him goose bumps, for me that was incredible to hear.”

This is only the beginning, says Chef Cervantes, for he has big plans for the months ahead starting with the launch of a new menu in October.

“We’re taking chances with different proteins and presenting them in different ways,” says Chef Cervantes. “All the things that you see on the new menu are dishes on my bucket list.”

He encourages his team to create their own culinary bucket lists, so Doucette has incorporated hand-rolled pasta on the new menu. He calls it his Zen time while preparing it. “Watching a giant ball of dough form into noodles is just something special,” he reflects.

Chef Cervantes says that’s what craft-based cooking is all about, “It’s something you feel proud of, it’s a different style of cooking, there is a lot more passion and creativity.”

The team is most proud of the Arctic Char dish. Boucher describes it as something different, “It comes with a sweet potato hash that is paired with our seasonal vegetables, and that combination really makes the Arctic Char pop off the plate.”

In addition to the new menu are theme nights: Fiesta Mondays; Flatbread Fridays; and Steak Saturdays. Chef Cervantes is most excited about Steak Saturdays. “I’ve partnered up with Atlantic Beef Products and we’re doing a different cut each week for eight weeks straight.” He goes on to add, “We’ll feature cuts that aren’t normally available on the Island like Tomahawk, or Oxtail – it’s going to be pretty upscale.”

To sum up Mavor’s roll: five awards, a new menu, plus menu themed nights, but wait there’s more. Back by popular demand is the Mavor’s’ Traditional Holiday Turkey Buffet.

“We’re going to take it to the next level with the quality by brining the turkey and roasting it nice and slow – class it up a bit,” explains Chef Cervantes.

Boucher pipes in, “The Island is mostly comfort food where people want to get their money’s worth, so we want to provide that quality every day.”

Get ready for theme nights every Monday, Friday, and Saturday all day. The Traditional Holiday Turkey Buffet starts December 1.

For more information on Mavor’s, and to view the new menu, please visit: http://www.confederationcentre.com/en/dine-at-Mavor’s.php