For those who don’t know of Madison Violet, it all began in 1999. Brenley and Lisa met over weak coffee and broccoli omelettes, in a restaurant called The Green Room, in Toronto. It was a chance meeting, 1900 kms away from the small town where both Lisa and Brenley’s fathers were born. That was 17 years ago, and the pair have been writing and creating beautiful music together ever since. 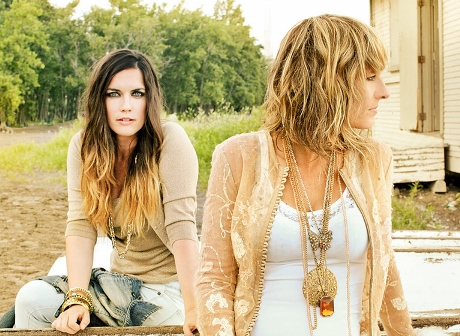 Over the years, Madison Violet have acquired numerous accolades, including a Juno nomination, a Canadian Folk Music Award for Best Vocal Group Album of the Year and a Critic’s Choice award from Country Music People’s Magazine. Their songs have been featured in the notorious music magazine MOJO’s Top 10 Playlist, and received a mass of acclaim from outlets such as the BBC, the CBC, Maverick Magazine and NPR, and have earned the duo the Grand Prize in the 2010 Maxell John Lennon Song Writing Contest.

They have been described as pop, roots, indie, dance and Americana, but think that this quote sums them up best…

Madison Violet is at the Victoria Playhouse on July 23rd.