The Curtain Lifts On The 2019 Charlottetown Festival 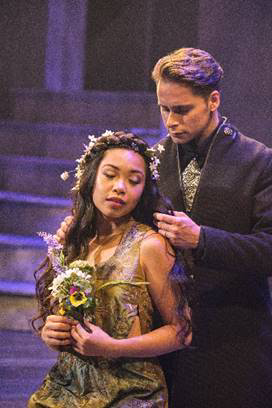 It’s all systems go at Confederation Centre of the Arts as the staff, cast, orchestra, and crew prepare to launch their 55th theatre season of The Charlottetown Festival, sponsored by CIBC.

This electrifying staging of Shakespeare’s famous Hamlet was a breakthrough for Confederation Centre when it first premiered here in 1974, later becoming the first Canadian musical to ever play on Broadway. Originally written and conceived by Cliff Jones, the 2019 production promises to entrance a whole new generation of theatre-lovers. This epic rock’n’roll-powered production is directed by Mary Francis Moore with music direction from Craig Fair.

“This new staging has been fully re-orchestrated and re-arranged musically by Craig Fair—new life breathed into a Canadian classic,” offers Moore. “The inspiration for these changes all come from the beautiful lyrics and melodies Cliff wrote 45 years ago.”

The TD Confederation Centre Young Company : The TD Young Company returns this weekend, kicking off their 2019 season on Saturday June 29 at 12 noon in the Centre’s outdoor amphitheatre. Made up of returning members and new faces, the 2019 Young Company hail from all corners of Canada and collectively speak no less than eight languages.

This summer, the troupe presents Aqsarniit, (or, “the Northern Lights” in Inuktitut), Monday to Saturday at 12 noon from until August 17. This provocative and thoughtful musical weaves music and dance through stories of our collective histories from across Turtle Island.