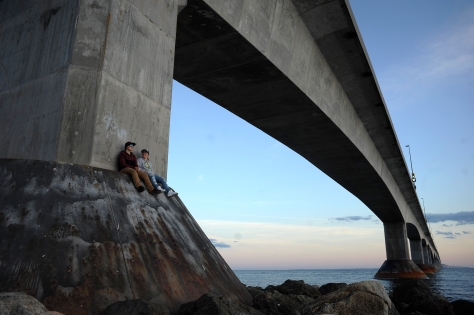 It was after reading rising sea levels could turn Prince Edward Island into three islands over the course of the next 100 years that Nathan Rochford started thinking differently about the work he does as a photographer.

Suddenly, the images of politicians, farmers and fishermen he had taken over the years working as a photojournalist in Charlottetown had new meaning to him. They were more than just photographs of the news of the day. They told the story of a place that, by the beginning of the next century, may not exist as a unified province.

It’s that idea that sparked the exhibition ‘The Guild Presents: Memory – P.E.I. and Climate Change over the next 100 years,’ on display at The Guild from March 4 to March 15.