Join us for what is sure to be extraordinary night of music featuring George Canyon’s Jekyll and Nothing to Hide Tour! at the Harbourfront Theatre.

George Canyon’s show will feature his full band and performances of past hits as well as songs from his brand new album “I Got This”. He’ll even treat you to a few acoustic versions of some of his biggest hits. This is sure to be a powerful show, packed with high energy and emotion!

The Afiara Quartet is a 2016 Juno-nominated string ensemble, described by The Montreal Gazette as balancing “intensity and commitment with frequent moments of tenderness.” 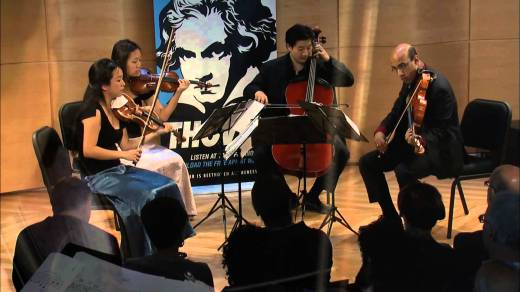 The quartet will showcase classical masterworks in Studio 1 on March 17 as well as two new Canadian works: ‘String Quartet No. 3,’ representing celebrated composer Christos Hatzis, and one of the most exciting young composers in Dinuk Wijeratne, who recently guest conducted with the P.E.I. Symphony. 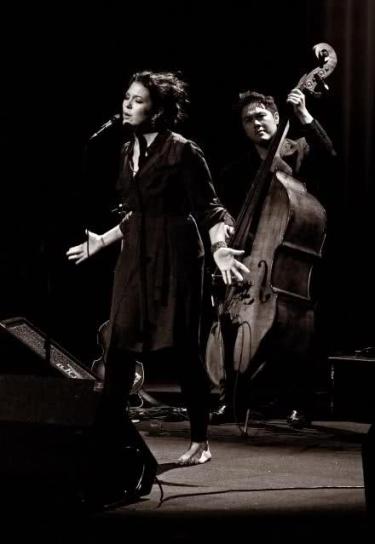 Fly Away With The Swinging Sounds Of The Valentine’s Cabaret

With love in the air, Sobeys Live @ the Centre serves up the ever popular Valentine’s Cabaret next week, sponsored by Charm Diamond Centres.

Vocalists Catherine O’Brien and Joey Kitson come together with the rock-solid house band of Don Fraser on keys, Music PEI Artist of the Year Deryl Gallant on bass, and Alan White on drums for this must-see February 14 tradition. The musical union sets the scene for a memorable night of romance, humour, and classic love songs. 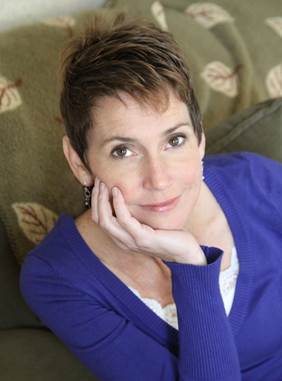 “The Valentine’s Cabaret is a night like no other, one accented by the swinging sounds from another era that is sure to entertain, surprise, and romance,” offers Fraser, director of the Centre’s Choral Music Programme. “February 14 is an evening out at The Mack where you will hear a varied selection of classics from the American Songbook,”

The jazz trio will back Kitson and O’Brien across two rollicking sets of ballads, blues tunes, and pop standards, including ‘My Funny Valentine’, ‘My Baby just Cares for Me’, ‘Angel Eyes’, and ‘The Way you Look Tonight.’ Other standouts include ‘What a Wonderful World’ by Louis Armstrong and Ella Fitzgerald’s ‘Blue Skies’.

Special thanks are extended to Sobeys, the title sponsor of Live @ the Centre, as well as media sponsors The Guardian, Hot 105.5 and Ocean 100.

Tim Hus will make you sit up and pay attention to his songs, story songs that capture the pioneering spirit that motivates and inspires truck drivers, miners, rum runners, trappers, men of the land, men of the sea, and vagabonds.

Part of a new generation of Alberta-based songwriters who have been nurtured on the tapestry of sounds that country music served up in the sixties and seventies, Hus points to many life experiences and the influences of family and specific musicians when it comes to assessing his own make-up as an artist.

“I look up to Waylon Jennings and Willie Nelson, and road dogs like Fred Eaglesmith. Then there’s all the people I meet out on the road and the stories that come with those introductions,” says Hus, citing the influence of other artists including Corb Lund, Ian Tyson, Woodie Guthrie and Ramblin’ Jack Elliot.

The summer of 2009 marked a career highlight for Hus when he had the opportunity to tour with the late Stompin’ Tom Connors on a number of dates across the nation.

“It’s not a secret that Tom is one of my heroes and it was quite the time out on the road with him. I could tell you all sorts of stories, but we’ll leave those for another time,” laughs Hus, who was honored to work with the legendary Connors.

Connors made his appreciation for Hus’s songwriting skills known as the two played before large and enthusiastic crowds, declaring, “I’ve been looking for 30 years for a young guy who’s proud to write songs about our country. I’d like to pass the torch to Tim Hus.”

Tim Hus is at the Harbourfront Theatre in Summerside on February 26. All tickets are $25.00.

Woody Holler and his Orchestra are purveyors of “western swing” music…but also so much more. Woody grew up hearing the songs of the cowboy. Although he was later trained in opera, a sense of nostalgia held him close to the early western genre. Woody met up with some top-notch jazz musicians and the cross-over was magical.

Since 2010, the band has showcased very successfully across Western Canada, which has led to several tours from Manitoba to the Pacific coast. They have also enjoyed a tour of the Northwest Territories and Woody’s yodel has been heard past the Arctic Circle. A recent showcase event on the east coast has led to a tour of the Atlantic Provinces next spring as well as a tour of Great Britain.

Their first album “Western Skies” was nominated for a Canadian Folk Music Award in 2010. Woody and the boys have just completed their second album “Jazz From The Saddle”. It’s filled with all the things that make Woody Holler and his Orchestra so entertaining.

“But it was more than the yodeling that caught the audience right from the outset and held us through a much warranted standing ovation at evening’s end. It was the full, rich sound of four very talented musicians who have coupled clever arrangements, musical genre fusing and the joy of performing into one delightful package.” wrote Sue Morhun of the Oliver Daily News

“…the audience had saddled up to join him for the adventure. They were with him every step and hoof print of the way, perfectly attuned to the mood of each song”

Woody Holler and his Orchestra appear at the Harbourfront Theatre in Summerside on Wednesday, February 17, at 7:30 PM. All tickets are $25.00.

Husband & Wife Bluegrass Team Bring The Noise To The Mack

The couple’s unique sound, strong vocal harmonies, and colourful outlook on life have led to them becoming one of the most sought-after acts in Atlantic Canada. Tomato/Tomato’s dynamic live show features John on vocals and guitar and Lisa on washboard, bass-drum, vocals, and tambourine. It’s not unusual to find her performing all four at once!

Island audiences may recall the group from 2015 Festival of Small Halls appearances in Tracadie and Long Creek, one of just 60 gigs they performed across the Atlantic provinces last year. Other stops included Harvest Jazz and Blues, the Larlee Creek Hullabaloo, and two weeks filling in for David Myles as guest hosts of CBC Radio’s East Coast Music Hour.

The duo released their debut album last year, So It Goes, a strong set of original music that embodies their patented musical style and clever and comedic writing. The album was nominated for multiple accolades and earned the pair an East Coast Music Award for 2015 Roots/Traditional Album of the Year and three Music New Brunswick Awards.

“Their music is bound to put a smile on your face,” says a Here magazine review, while The Musicnerd Chronicles describe the group “striking a wonderful balance between playful and serious at virtually every turn, helping ensure you’re back for another listen by the time the record is over.”

Appreciation is extended to Sobeys, the returning title sponsor for LIVE @ The Centre. Media sponsors are The Guardian, Hot 105.5, and Ocean 100.