It’s a provincial holiday on P.E.I. today and to celebrate, Confederation Centre of the Arts is offering a special ‘Islander Day’ sale for Charlottetown Festival tickets. Artistic Director Adam Brazier has also announced the casting of four of the lead roles in Anne of Green Gables—The Musical™.

The Islander Day sale is for two days only, February 17 and 18, and offers ‘Islander pricing’ on the two mainstage productions, Anne of Green Gables-The Musical™ and The Drowsy Chaperone! Patrons can use promo code ‘Islander35’ to get 35% off tickets for the two productions at the 2020 Festival. The code can be used by phone at 1-800.565-0278, online, or in person at the box office.

Earlier this winter, Emma Rudy was announced as returning to the title role in Anne™ and now four more leads have been revealed. Returning as Anne’s academic rival and would-be beau, Gilbert Blythe, is Connor Lucas. Anne’s guardians, Matthew and Marilla Cuthbert, will be played by Laurie Murdoch and Marlane O’Brien, and joining as kindred spirit Diana Barry is Quinn Dooley.

The pride of Comox Valley, B.C., Lucas will also perform this season in the hilarious Jazz-age musical, The Drowsy Chaperone as loyal best man George. He returns to the Festival following roles in A Misfortune, Stories from the Red Dirt Road, and the Young Company, and recently starred as the title character in the acclaimed Pinocchio (Young People’s Theatre).

Lucas is grateful to share the stage with Emma Rudy once again. “To me, Anne Shirley’s spirit is one bursting with fiery passion, but also gentle kindness, and above all, boundless imagination,” he shares. “Emma encompasses all those traits and dives into the role with a fervour befitting Anne herself!”

Dooley last appeared at the Festival in 2015 in the critically-acclaimed remount of Evangeline. She recently performed in Ring of Fire with the Citadel Theatre, Once with The Grand and RMTC, and Mamma Mia! for the Capitol Theatre.

“I am so excited to be back on the Island working with the wonderful cast and creative team of Anne,” remarks the Edmonton native. “I’ve always wanted to play Diana and I am thrilled to have the opportunity to bring her to life for Festival audiences this summer.”

Playing Matthew Cuthbert is celebrated screen and stage actor, Laurie Murdoch. Originally from Whalley, B.C., Murdoch played the conflicted Colonel Winslow inEvangeline and was part of the Dora-winning cast of Once with Mirvish. He has appeared on screen in the Oscar-winning film Spotlight and on hit TV series Murdoch Mysteries, Rookie Blue, Dan for Mayor, and Warehouse 13.

P.E.I.’s own Marlane O’Brien returns to Anne of Green Gables-The Musical™ as Marilla, having memorably played the role on an emergency basis in 2019, and has played Marilla, Rachel Lynde, Lucilla, and other ladies of Avonlea to date. A long-time Festival favourite, O’Brien is known for her turns in A Closer Walk with Patsy Cline and her play, Stories From the Red Dirt Road (Charlottetown); and Calendar Girls and Annie with Neptune, among others.

Select Casting and 50% Off Sale Announced for Charlottetown Festival 2020 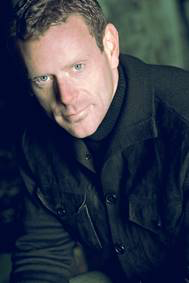 Artistic Director Adam Brazier has revealed select casting for The 2020 Charlottetown Festival, including the leads for Anne of Green Gables—The Musical™ and The Drowsy Chaperone.

Brazier also announced details on the biggest Festival sale of the year. From now until December 3, patrons can purchase tickets for all four summer theatre productions at 50% off. Tickets can be accessed online, by phone at 1 (902) 566-1267, toll free at 1 (800) 565-0278, or at the box office. The sale is offered for select dates and is based on availability. Members of Confederation Centre were given advance access to this sale as of November 18. For show descriptions, see addendum.

Returning as the precocious orphan who changed the Island forever is Emma Rudy, who dazzled audiences last summer. The Buzz dubbed Rudy “the Festival’s best Anne in ages”, raving about her soaring voice, sharp comic sensibility, and well-timed intensity. The Stratford, Ontario native will be back starring in the Homburg Theatre as of June 3, as the 2020 festival begins previews earlier than usual.

“It is such an honour to bring this complex and vivacious redhead back to life through new eyes,” glows Rudy. “I can’t wait to come back.”

Opening June 30 is five-time Tony Award-winning musical comedy, The Drowsy Chaperone. ”This is the funniest musical written in the past 25 years,” states Brazier. “This show will leave our audiences happy, giddy, and sore from laughter.”

The Drowsy Chaperone will mark the return of Festival favourite Réjean Cournoyer. The Nova Scotia native had major roles here in Evangeline, A Misfortune, and Mamma Mia!, and nationally with Mirvish, Elgin, the Citadel Theatre, and Theatre Calgary. Cournoyer will star as ‘Man in Chair’, a witty theatre aficionado who mourns the end of the Golden Era, narrating the entire musical comedy while listening to its record on vinyl.

Also joining The Drowsy Chaperone in the title role is Island native Catherine O’Brien, returning to the Centre after several years with other Island theatres including in Fascinating Ladies, Young At Heart, and the Victoria Playhouse. O’Brien has performed with The Shaw Festival, Canadian Stage, and Manitoba Theatre Centre. Her previous credits with the Festival include Hairspray, Anne™, and The Ballad of Stompin’ Tom.

Over at The Mack, Islander Michele Bouey will make her Festival debut, performing in the musical love-letter to icon, Rita MacNeil, Dear Rita. Bouey will pay homage to MacNeil as member of a six person ensemble, similar in form to the Festival’s Atlantic Blue in 2019.

A Young Company alumna, Bouey has performed coast-to-coast, including with Soulpepper, Panasonic, and Drayton. She also writes and records her own music, with singles out now on Spotify and Apple Music.

As the Festival is repertory, each of the announced performers will also appear in other productions next summer, to be detailed at a later date.

The Festival’s 50% off sale also applies to the 2020 new production Bed and Breakfast, playing July 11 to September 26 at The Mack.

Special thanks are extended to Festival title sponsor, CIBC, and to Anne of Green Gables—The Musical™ sponsor CAA Atlantic. Confederation Centre wishes to acknowledge the Department of Canadian Heritage, the Government of P.E.I., and the City of Charlottetown for their continued support.

Stratford, ON native will star in Anne of Green Gables—The Musical™, June 24-Sept 28

It’s official, there’s a new Anne in town. Artistic Director of Confederation Centre of the Arts, Adam Brazierannounced today that Emma Rudy will take centre stage in the treasured Island musical this summer. Following an exhaustive casting search, Miss Rudy will become the 19th actor to play Anne Shirley in the celebrated history of Anne of Green Gables—The Musical™ at The Charlottetown Festival.

Confederation Centre’s crown jewel musical returns for its 55th consecutive summer–a testament to the global appeal of “a classic inspired by a classic”. Following Anne’s search for love and belonging in her adopted home of P.E.I., the musical has been redesigned by Brazier and his team, with thrilling new choreography, all new sets and costumes, and a must-see revolving stage, showcasing the Green Gables house like never before.

“Emma Rudy is an extraordinary talent with a stunning soprano and is a very strong actress,” offers Brazier, who will again direct the storied musical. “Her approach to the material showed a maturity of thought without losing the youthful joy and optimism that carries Anne through her life.”

He continues, “What set Emma apart from the many wonderful actors that auditioned was the reverence with which she approached the role and audition. Emma understands the significance of playing Anne at The Charlottetown Festival.”

Born and raised in Stratford, Ontario, Miss Rudy is a Toronto-based performer and recent Sheridan College graduate. Currently, she is starring in nearby Moncton, New Brunswick as ‘Belle’ in Beauty and the Beast at the Capitol Theatre. Other credits include ‘Marty’ in Grease (Wintergarden); Honour (Stratford Masonic Hall); and Rumspringa Break! (Theatre Passe Muraille).

For her part, Miss Rudy is delighted to be making her Festival debut. “I can’t wait to fall in love with Prince Edward Island the same way Anne did, and to discover the beauty the world has to offer through her eyes,” she offers. “Having the opportunity to play the imaginative, adventurous, stubborn, intelligent, and passionate Anne is truly a childhood dream manifesting itself into reality,” she beams. “I have held her story dear to my heart for my entire life, and I am overwhelmed with excitement and gratitude.”