Additional casting has been revealed at The Charlottetown Festival for the international smash, Mamma Mia! Inspired by ABBA’s unforgettable collection of hits, the musical is a celebration of mothers and daughters, old friends and newfound family. The Festival recently announced Katie Kerr as Sophie and co-starring as her free-spirited mother is Dora-Award nominee Eliza-Jane Scott. 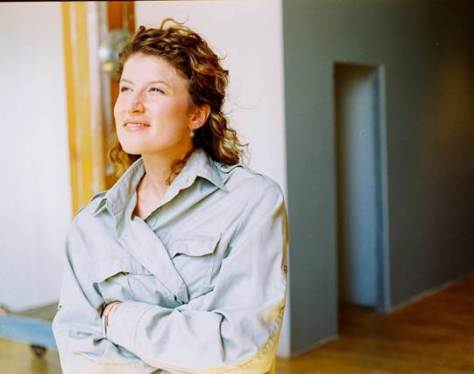 Audiences will remember Scott for her 100-megawatt smile and delight as the White Queen in last year’s Alice Through The Looking-Glass and roles in Anne of Green Gables—The Musical™. The Kingston, Ontario native has performed with Soulpepper Theatre Company, the First National and Canadian Tours of The Producers, and for Theatre 20, Stratford Festival, and more.

Donna owns a small hotel on a beautiful Greek island, and she is about to let go of the spirited daughter she has raised alone. For the wedding, Donna invites her two lifelong best girlfriends – practical and no-nonsense Rosie and wealthy, multi-divorcee Tanya – from her one-time backing band, Donna and the Dynamos. Sophie has secretly invited guests of her own however, bringing back three men from Donna’s past to the paradise they visited 20 years ago. Over 24 magical hours, new love blooms on this lush island full of possibilities.

Joining her as the Dynamos are Nicola Dawn Brook (Rosie) and Jan Alexandra Smith (Tanya). Smith co-starred in Alice last year as the Red Queen and has appeared in Anne™ in Charlottetown over multiple seasons as Miss Stacey, Mrs. Sloane, and Mrs. Spencer. The Toronto native has performed across Canada, including with the Shaw Festival, Theatre Calgary, Stage West, Theatre 20, and more. This marks Brook’s debut with the Festival, having recently played ‘Trish’ in Mirvish’s blockbuster Kinky Boots. She has also performed in her native U.K. on London’s West End and others with Prince of Wales, Victoria Palace, and Theatre Cymru, as well as film and TV roles in Sweeney Todd and The X-Factor.

Supported by production sponsor, Tim Horton’s, Mamma Mia! plays from June 1 to September 3, 2016 in the Homburg Theatre. Confederation Centre wishes to recognize CIBC as the returning title sponsor of The Charlottetown Festival. The Centre also acknowledges the Department of Canadian Heritage; the Government of P.E.I., through the Department of Education, Early Learning, and Culture, and the City of Charlottetown for their continued support. Media sponsors are The Guardian, Hot 105.5, Ocean 100, and CTV.