Anne of Green Gables was an immediate success when it was first published in 1908. It sold nineteen thousand copies in the first five months.

It went into ten printings in its first year and was translated into Swedish as early as 1909.

It has since been translated into more than a dozen languages. 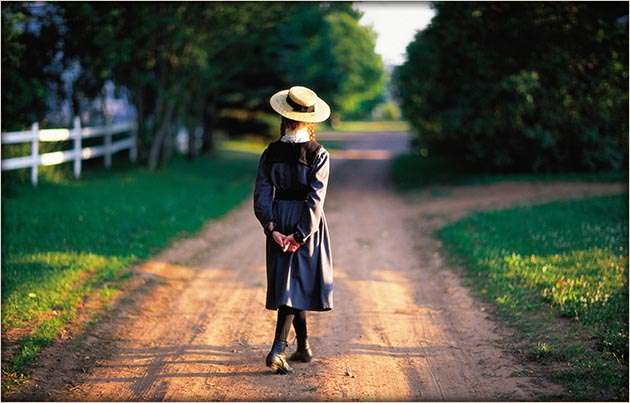 It is believed that more than 50 million copies have been sold worldwide.

The term “Anne of Green Gables” is currently a registered trademark, owned jointly by the Province of Prince Edward Island and the heirs of L.M. Montgomery. Producers of Anne-related products outside of PEI pay a royalty to the family while Island producers make Anne items royalty free.

First staged at the Confederation Centre of the Arts in Charlottetown in 1965 as part of the inaugural Charlottetown Festival, Anne of Green Gables-The Musical™ now holds a Guinness World Record as the longest running annual musical!

Seventeen Canadian actors have performed the lead role of Anne Shirley since 1965.

Based on L.M. Montgomery‘s novel Anne of Green Gables, first published in 1908, the musical was written and composed by Don Harron and Norman Campbell respectively, with lyrics by Elaine Campbell and Mavor Moore.

On Canada Day 1999, the Dominion Institute and the Council for Canadian Unity held two Internet surveys (one in English and one in French) asking people to nominate their favourite Canadian heroes; L.M. Montgomery, author of Anne of Green Gables, was voted one of the top twenty heroes of the Twentieth Century.

Anne of Green Gables and other works by Montgomery have been adapted for stage plays, radio dramas, musicals, movies, television miniseries and movies, and into an interactive CD-ROM.

CBC’s Road to Avonlea (based on Montgomery’s stories) held the record as the most-watched Canadian TV series averaging 1.97 million viewers in the 1989-90 season. (Surpassed by Canadian Idol in 2003).

In Japan, Montgomery became part of the school curriculum in 1952. In 1939, when New Brunswick missionary, Miss Shaw, left Japan, she gave to her friend Hanako Muraoka her prized copy of Anne of Green Gables. Secretly, the respected Japanese translator rendered Montgomery’s text into Japanese, Akage No Anne (Anne of the Red Hair).

When the Second World War ended and officials were looking for uplifting Western literature for the schools, Muraoka brought out her translation of Anne. Ever since, Anne has been a part of Japanese culture, with her exotic red hair and comic outspokenness. Yuko Izawa’s recently published bibliography of editions gives some idea of the continuing popularity of Montgomery in Japan.

Today, there is an Anne Academy in Japan; there are national fan clubs; one nursing school is nicknamed “The Green Gables School of Nursing” and is sister school with the University of Prince Edward Island’s School of Nursing. Thousands of Japanese come to Prince Edward Island every year as visitors to Anne country and the Land of Green Gables. When Green Gables House caught fire in May 1997, the Japanese responded immediately by sending money to restore and repair the building. Dozens of glossy Japanese magazines have devoted whole issues to photographs of Island scenery and crafts and of course to the sites devoted to Montgomery and her works.

In Poland, Montgomery was something of a hero in war time and later, becoming part of a thriving black market trade for the Polish resistance. Polish soldiers were issued copies of a Montgomery novel to take to the front with them in the Second World War. The Blue Castle was made into a musical in Cracow in the 1980’s and its performances were sold out. Today, there is a new L.M. Montgomery School in Warsaw.

Montgomery’s work introduces many readers to Canada. For example, as a child immigrant from China, Her Excellency, Adrienne Clarkson, the Governor General of Canada, understood Canadian customs and culture through reading Montgomery’s novels. In 2000, Her Excellency became the official Patron of the L.M. Montgomery Institute at the University of Prince Edward Island.

Korean Broadcasting System (the national network) has just aired a one-hour program on Montgomery and Anne of Green Gables. The broadcast is tied to the publication by the network of more than a dozen of Montgomery’s Anne novels as well as a promotion whereby 20 Koreans will win a trip to Prince Edward Island in Canada in May.
Montgomery saw the coming of the telephone, inexpensive Victrolas, wireless radios, cars, airplanes, motorized tractors, silent films and talking movies; she lived through the First World War and the beginning of the Second.

Her views–about culture and about women–changed with those of her times. Her own portraits of women grew sharper in some details–even Anne and Emily are worlds apart in their ambitions and in their resentment over the customary dismissal of women who write. The five published volumes of her journals reveal much about the complex woman behind the novels.

Readers of Nikkei Woman Magazine in Japan recently rated Anne of Green Gables as their number one favourite pick in the category of “My Favourite Book.”