It’s off to the races for the creative team behind The Dream Catchers, a national touring production and signature initiative supported by the Government of Canada’s Canada 150 Fund.

For the next eight weeks, an artistic team from the Centre is traveling coast to coast to coast, facilitating creative workshops and engaging more than 260 young people. These workshops will take place in each province and territory, tapping into the visions that youth have for our country, with a focus on the environment, inclusion, and reconciliation. 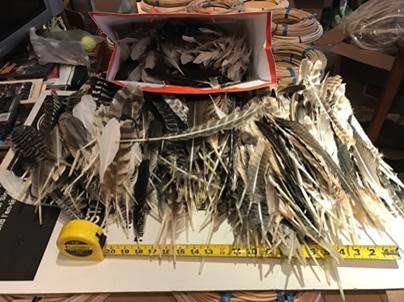 The 13 workshops launch this weekend Saturday, February 4, at the Trinity United Church Community Hall in Summerside, P.E.I. with partner organization Generation XX. Each of these sessions will be led in collaboration with regional artists, including Fred Penner, Emm Gryner, City Natives, and in Summerside, the Island’s own Paper Lions.

Close to 300 dreamcatchers, encapsulating the dreams of Canada’s youth, will be created by the end of workshop tour each workshop and integrated by Indigenous visual artist Nick Huard into a stunning national dreamcatcher, exhibited in the Centre’s crown jewel, Memorial Hall, all summer long.

After engaging young people across Canada in workshops and through digital submissions, The Dream Catchers creative team will produce a vibrant musical for an expanded 2017 Young Company. Thirteen new pieces of performance art – music, stories, spoken-word, dance and more – will be created between now and April and woven into a brand new musical premiering at the Centre on National Aboriginal Day, June 21. Presented by both a touring company and a Charlottetown-based troupe, this production will also travel across the country this summer.

For more information, please visit: dreamingcanada.ca Follow hashtag #Centre150 for tour updates on this and other 2017 commemoration projects at Confederation Centre of the Arts.

Canada 150 has arrived! As the national memorial to the founding of Canada, there is no better place to celebrate the sesquicentennial of our Confederation than right here. In the heart of Canada’s Birthplace visitors will find entertaining and expressive ways to honour this important anniversary across the complex, inside and out. Our ‘Centre for all Canadians’ has launched a diverse, accessible, and forward-thinking calendar of local and touring programming, entitled #Centre150. These exciting projects range from commemorative art exhibitions and a new commission in the Confederation Murals series, to expanded heritage programs, and an original touring production from some of Canada’s most gifted emerging performers. 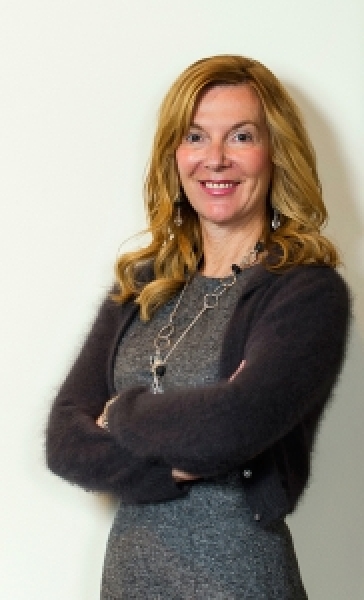 The Centre’s signature project is The Dream Catchers, a national touring production supported by the Government of Canada’s Canada 150 Fund. This winter, an artistic team travels to each province and territory to facilitate workshops, engaging young people and their dreams for our country, focusing on the environment, inclusion, and reconciliation. Actual dreamcatchers will be created in each workshop and integrated by Indigenous visual artist Nick Huard into a stunning national dreamcatcher, which will exhibited here all summer long. These sessions will be led in collaboration with regional artists, including Fred Penner, Emm Gryner, Paper Lions, City Natives, and more.

Inspired by young people’s visions for a better and brighter Canada, The Dream Catchers creative team will produce a vibrant musical for an expanded 2017 Young Company. Two troupes of emerging artists will present this new show across the country and on P.E.I., premiering here at Confederation Centre on National Aboriginal Day, June 21st.

In 2016 we announced a major sponsorship with CN for the Confederation Players. CN has now extended sponsorship of the Players through 2020 and invited the troupe to perform in Ottawa this June for the Federation of Canadian Municipalities conference where 2,000 municipal leaders will gather. CN is planning additional events that will engage our heritage troupe, including tree-planting ceremonies across the country. In the earliest days of our nation’s Confederation, the Canadian railway bound this far-reaching country together and I cannot imagine a more ideal partner to aid us in commemorating the dreams of our founders and sharing the nation’s stories.

From May 12-14, we will play host to the 20th annual Canadian Arts Summit, bringing together arts leaders from across the country to imagine the future of Canada’s creative life. As we look ahead, issues around cultural diversity and inclusion, evolving digital technologies, cross-cultural intersections, and reconciliation with Indigenous people in Canada are emerging as major drivers of cultural transformation. This event is Canada’s only national, cross-disciplinary gathering of arts leaders and this marks the first time the Summit has been held outside of Banff, Toronto, or Montreal. We are thrilled to welcome these thought leaders to their national memorial complex, many of whom will be enjoying their first-ever Island visit.

In other symposium news, we will present The Charlottetown Festival Conference in September, aligning with the dates of that famous 1864 conference. Celebrating new ideas and industry developments, this national gathering will include keynote lectures, workshops, a concert performance of the Dora-winning musical The House of Martin Guerre, and the world premiere of A Misfortune at The Mack.

On July 28, we will also revisit the classic Kronborg 1582, celebrating of one of our Festival’s most successful musicals. This hit show was produced here in 1975 before heading to Broadway and the Festival ensemble will deliver a concert performance at the world-renowned Indian River Church. This is just one highlight of a glistening summer calendar, which includes Adam Brazier’s debut directing our beloved Anne of Green Gables-The Musical TM, the East Coast premiere of the rollicking rock show Million Dollar Quartet, and the return of our cabaret theatre hits, Bittergirl and Glenda’s Kitchen.

As ever, the Centre is alive and buzzing in all corners. Our long-standing dance umbrella program is currently spearheading the creation of the inaugural DanceWorks Festival for this winter while the Confederation Centre Youth Chorus are preparing for their annual chorus tour, which will take them to Rome, Naples, and beyond this year.

As I commence my sixth year as CEO, I am immensely proud of the many innovations prospering across our departments, and am eager to see our organization embrace the central themes, inspiration, and reflection at the heart of Canada 150.

Jessie Inman is the Chief Executive Officer of the Confederation Centre.