Dylan Guthro, Breagh Mackinnon, and Carleton Stone met in 2011 at the Gordie Sampson Song Camp, an annual event in Cape Breton that gathers promising songwriters from across Nova Scotia There they formed a three-way friendship that soon led to various collaborations in the context of their individual musical lives. Eventually they were writing and playing together often enough that the idea of forming a band arose naturally. 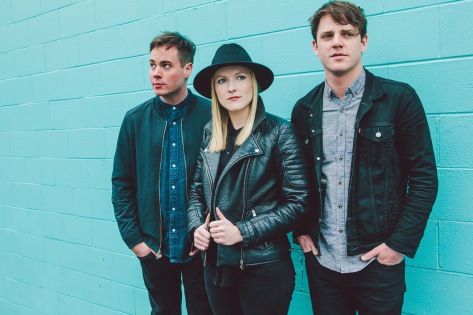 “We just thought, there’s such a great chemistry between us, why not try to join forces and do something that’s bigger that any of us could do on our own?” said Carelton Stone in a 2015 interview.

As individual musicians, the three members of Port Cities had collectively released six solo albums prior to the band’s first release. As a group they write songs to take advantage of each member’s strength and experience as a vocalist, often employing two- and three-part harmonies in their music.

In 2016, Port Cities won Casino Nova Scotia’s third annual Artist in Residence competition, which awarded them $20,000 to assist them in their ongoing musical development.

Also in 2016, the band released its first two songs, “Astronaut” and “Back to the Bottom.”

Sobeys LIVE @ the Centre hits full tilt this month as the Homburg Theatre reopens and the Songwriters Series continues at The Mack. First up. the Centre’s winter performance program features the fun-loving musical Dorothy in Wonderland on Saturday, March 4 at The Mack. This truly mad adventure from dance umbrella’s musical theatre classes finds Dorothy and Alice becoming best friends in a rollicking musical setting alongside the Mad Hatter, March Hare, Tinman, Toto, and more! Select tickets to go down the rabbit hole are still available. 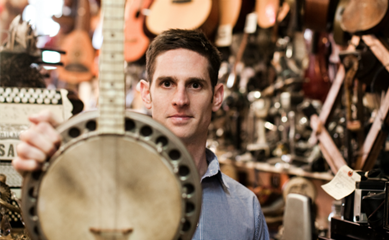 Focusing on sea island spirituals, Creole calypsos and stomp-down Appalachian dance tunes, Jayme Stone’s Folklife follows the bends through the deep river of song and story. This gathering of versatile musicians blows the dust off of old songs and remakes them for modern ears. Vancouver’s Georgia Straight dubbed the show “a truly inventive spin on some very old tunes.” With mesmerizing singing, virtuosic playing, and captivating storytelling, this is a moving and participatory experience presented one night only, March 9 at The Mack.

The Songwriter Series welcomes James Hill – “possibly the best ukulele player in the world” (Waikato Times) – and Anne Janelle – “a cellist of true beauty” (Ottawa Citizen) – to The Mack on March 18. Together, James Hill and Anne Janelle craft an award-winning sound that is intricate, enchanting, and engaging. In concert, James is a dazzling performer with a warm sense of humour and Anne brings her gorgeous syrupy voice to songs that are inventive, entertaining, and expertly performed. In short, a night out with James and Anne is “the perfect evening of tunes, stories, and musical virtuosity” (Wellington Dominion-Post).

Recently hitting number 1 nation-wide on CBC Radio 2’s Top-20 for ‘Back to the Bottom’, Halifax’s Port Cities will launch their first album on March 24 at The Mack. With layered pop production and catchy guitar, synth, and beats, the buzz-worthy trio hits home with all the spirit you would expect from its members, Dylan Guthro, Breagh MacKinnon, and Carleton Stone—each already a singer-songwriter with an established solo career. The results of this partnership and combined experience is nothing less than magical: songs with guts, songs with hooks, and songs that surprise and inspire even the band themselves.

The Songwriter Series concludes April 1 with a must-see performance from emerging East Coast icon, Mo Kenney. The baby-faced singer-songwriter proved her writing chops with 2016 album In My Dreams, picking up ECMA and Music Nova Scotia awards plus a Juno nomination. Her angelic voice and edgy songwriting caught the ear of now producer Joel Plaskett, who fused a classic rock touch to Kenney’s charming folk sound. Called “Nova Scotia’s rising star” by The Scene magazine, she has toured with Plaskett, Ron Sexsmith, and more.

A full LIVE @ the Centre calendar for these and other shows is available online at confederationcentre.com. Tickets are available at the box office, online, or via phone at 902-566-1267 (toll free at 1-800-565-0278.) Special thanks are extended to title sponsor Sobeys, as well as media sponsors Ocean 100, Hot 105.5, and The Guardian.

Sometimes, you put the right people in the right room at the right time, and everything clicks. Sometimes they make magic . . . for a moment. And on the really rare occasion, it starts something big.

For Port Cities, the sum is definitely greater than the parts, no matter how great those parts are. They were three of the East Coast’s brightest rising stars, all hailed as formidable songwriters and performers, each with their own promising solo careers. But that was then. Now, each brings distinct strengths to bear to create a sound that’s different from anything that they’ve done on their own, or anything you’ve heard from the rich East Coast before. Breagh Mackinnon, Carleton Stone and Dylan Guthro are Port Cities.

You’ll know the difference the very first time you hear them. Striking songs, skillfully crafted arrangements, and best of all, three incredible singers that make the most exciting vocal blend in years. That’s the combination people are raving about and what you’ll find on their new, still -unreleased debut.

Port Cities is at The Harbourfront August 17th at 7:30 PM.