Remembering a Maritime legend today – Cape Breton’s First Lady of Song, Rita MacNeil. We welcomed Rita to our Harbourfront Theatre stage several times and we will forever be inspired by her music which focused on family, community and living your dreams. She still reminds us that hard work and humility are important virtues, and that real success is staying true to yourself. Watch her live performance of “It’s A Working Man, I Am” here: https://www.youtube.com/watch?v=7YUw_5IYcD4#RitaMacNeil#HarbourfrontTheatre#OurTheatreYourTheatre#Summerside#WestPrince#PEI#TheArts#25Years#NotForProfit#HarbourfrontIsHere

World Premiere production will play June to September on P.E.I., then head to Cape Breton 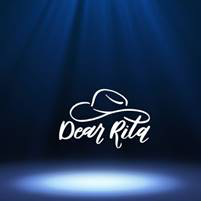 Rita MacNeil is coming home. Today, The Charlottetown Festival, in association with The Savoy Theatre, is pleased to announce that the new musical celebration Dear Rita will make its Nova Scotia premiere in October 2020.

Sponsored by Key Murray Law, Dear Rita is a musical toast to Cape Breton superstar Rita MacNeil. Celebrating the life, tenacity, and music of the late singer, the production is being written by Cape Breton’s own Lindsay Kyte with creative new imaginings of Rita’s songs from P.E.I.’s Mike Ross.

“We are so excited to be sharing this work with The Savoy Theatre,” states Adam Brazier, artistic director of The Charlottetown Festival. “Rita’s home and heart were in Cape Breton and the Savoy was one of her favourite theatres. It is so very appropriate for this production to be shared on Cape Breton Island.”

Playing at The Mack, a part of Confederation Centre, from June 25 to September 25, the show’s 2020 season will now include an exclusive, one-week run in Glace Bay at the Savoy. The 760-seat Victorian theatre is Cape Breton’s premium entertainment and cultural showplace, and will play host to Dear Rita from October 1 to 4. Tickets for both theatres are on sale now.

“Rita MacNeil’s connection to The Savoy Theatre was very strong, and so we are beyond thrilled to be able to present Dear Rita on our stage, where Rita spent countless hours,” says Pam Leader, executive director of the Savoy. “We are also extremely grateful for the opportunity to co-develop this project with Confederation Centre. Rita’s incredible journey and her vast catalogue of songs deserve to be shared with anyone who will listen.”

Developed closely with Rita’s son Wade Langham, Dear Rita features traditional and new, re-imagined arrangements of Rita’s songs. Director Mary Francis Moore, Kyte, and Ross will weave Rita’s lyrics and music into new perspectives, inviting her spirit into the room and letting her songs live on through the audience’s own experiences.

The cast includes actor-musicians who both sing and play instruments, channeling MacNeil’s stories and spirit through their own identities as oppose to a literal depictio of the Canadian icon herself. A full company casting announcement will be made in late February, during a week-long workshop in Toronto for this exciting new production.

For more on the historic Savoy Theatre, visit their website. Confederation Centre wishes to acknowledge the Department of Canadian Heritage, the Government of P.E.I., and the City of Charlottetown for their continued support. The title sponsor of The Charlottetown Festival is CIBC.