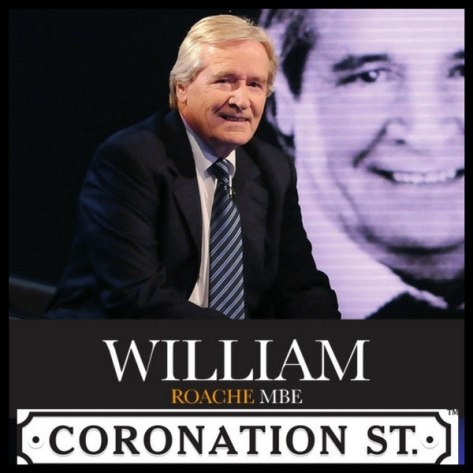 To fans of the world’s longest-running television drama, William Roache MBE simply is Coronation Street. Roache has played Ken Barlow for more than 57 years, ever since the first episode of Corrie premiered Dec. 9, 1960.

His portrayal of the often-conflicted patriarch of the troubled Barlow clan—a frustrated intellectual with a lifelong way with women—has earned accolades and numerous awards. It’s made Roache one of Britain’s most-beloved actors, a TV titan whose popularity is impossible to overstate among the loyal followers of the kitchen-sink drama seen in dozens of countries and airing weeknights and Sunday mornings in Canada on CBC.

This intimate one-on-one onstage interview allows William Roache to give fans a rare glimpse into his personal life. Audiences will be enthralled as he shares stories about his experiences on the famous set, the plotlines and the actors he has worked with over five decades, many of whom are equally adored by loyal audiences.

This is a once-in-a-lifetime opportunity for an audience with true Coronation Street royalty and no fan will want to miss it.

In addition to show tickets, William will meet & greet a very limited number of VIP fans whose tickets will wrap the best seats in the house, the full show and a post-show M&G with William.